Tourists come here - lovers of exotic animals who want to tickle their nerves and experience the thrill.

Video about trip to
tiger zoo in Phuket 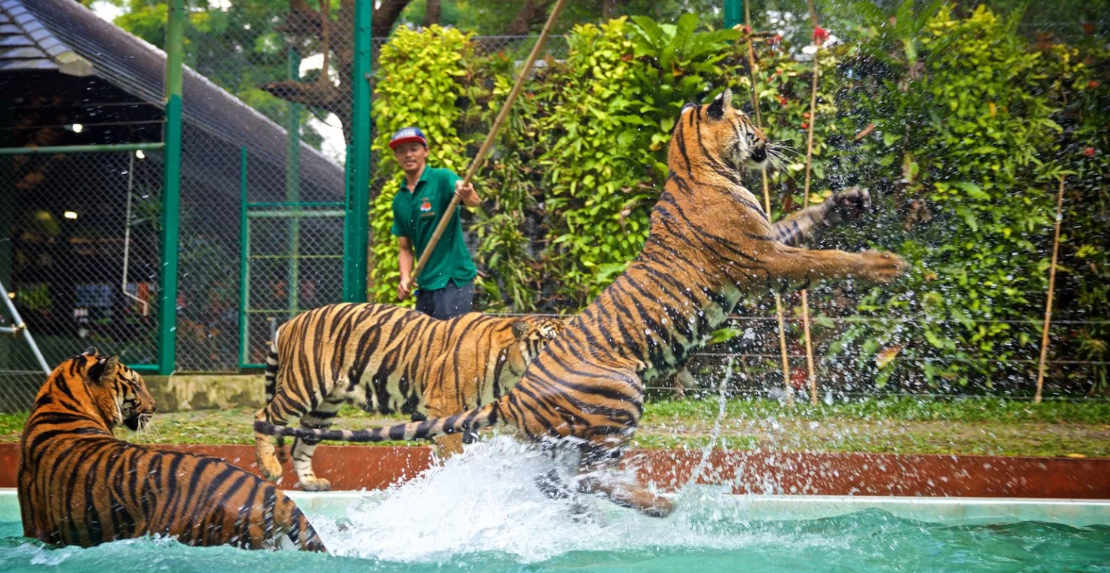 There are 4 ticket price categories, depending on what size tigers you want to visit. The smallest ones are only 2-4 months old. Then there are older ones – 5-10 months. Medium-sized tigers are 11-15 months. And finally, the most adult ones are 16-36 months. While interacting with tigers, certain characteristics of these animals have to be considered. Gentle stroking isn’t recommended, since light touches tickle the tigers. It’s better to hug the tiger, or touch it with a steady and firm hand.

Children under 120 cm in height may be forbidden from entering any cells at all. This is at the discretion of zoo employees.

Entry fees depends on the age of the tigers:

Entry fees depends on the age of the tigers:

* Check transfer from your hotel 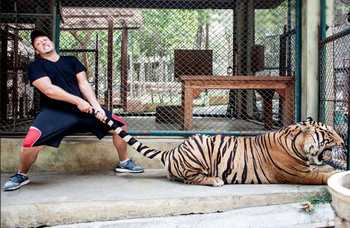 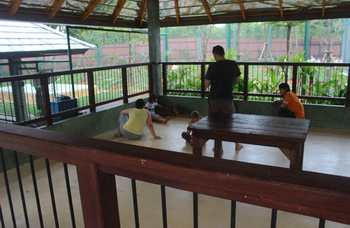 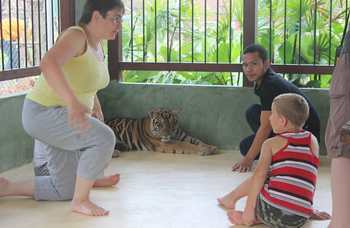 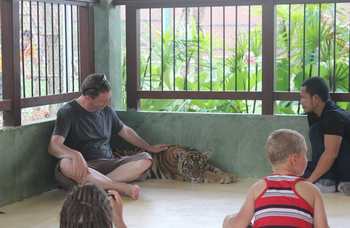 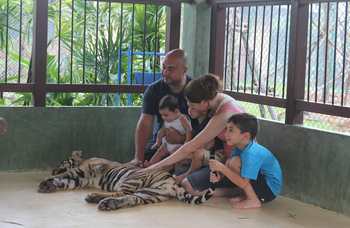 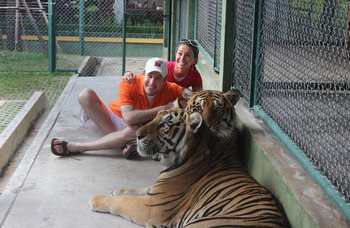 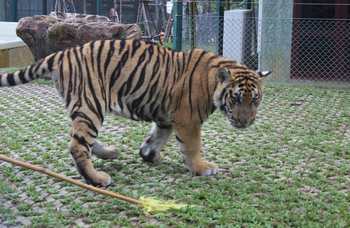 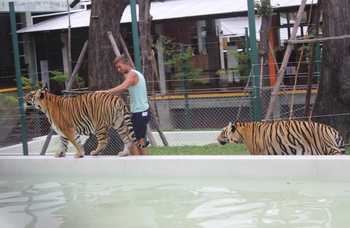 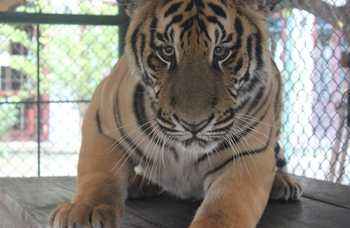 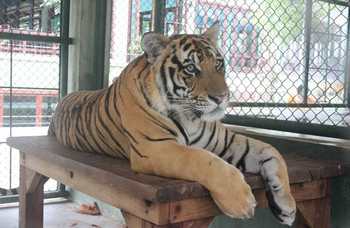 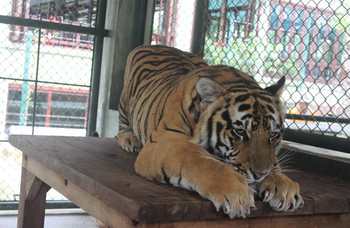 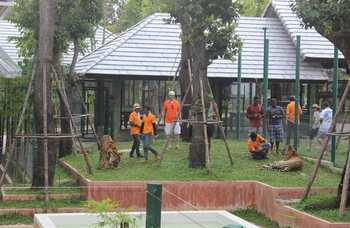 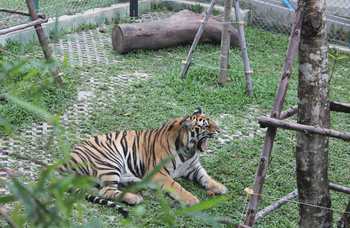 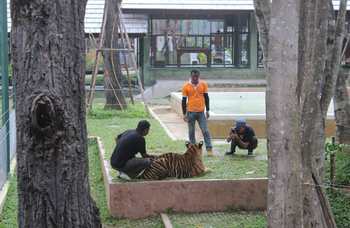 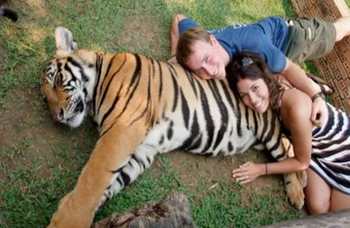 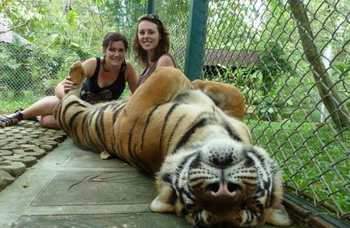 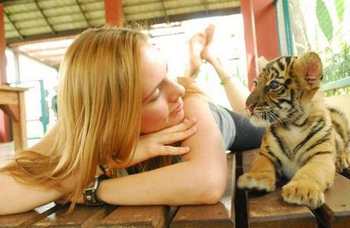 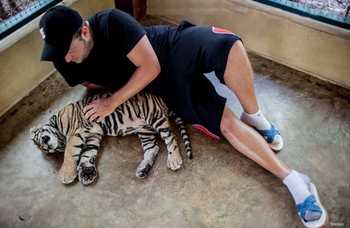 Tiger Kingdom is another example of tourism combined with the preservation of nature. Revenue generated by tourists visiting Tiger Kingdom is mainly used to finance the breeding of tigers in captivity. The tiger population in Thailand decreases every year. In total, only about 120 tigers live in the wild – the prognosis is catastrophic. Experts claim that it’s only a matter of time before wild tigers disappear completely. With increasing human activity, areas where tigers may live freely are reduced.

Tiger Kingdom is dedicated to increase the tiger population by breeding them in captivity. These tigers won’t be able to live in the wilderness. They’re condemned to depend on humans for their entire lives. But according to the organizers, this situation is better than a complete lack of tigers.

Since these tigers were born in captivity, they have a special diet – milk and chicken. They’re usually less aggressive than wild tigers. By paying a modest fee, you’ll not only have the possibility of being photographed and playing with live tigers for 15 minutes, but you’ll also make your small contribution to preserve this species.

Tourism revenue makes it possible to increase the tiger population by breeding them in captivity, and also to improve their overall living conditions by supplying larger territories for wild tigers. There are currently more than 30 tigers at Tiger Kingdom.

The tigers at Tiger Kingdom in Phuket are trained from birth by experienced handlers, who teach these large felines to trust humans. They learn to accept humans as family members. The trainers accompanying you in the cage guarantee your complete safety. But don’t forget that these animals come from the wild, so they must be treated with respect.

Tigers, like many other felines, spend most of their time sleeping. They don’t tend to be active. But the zoo personnel will try to play with the tigers so that you’ll have unforgettable photos. Photo cameras are allowed, but without using a flash. If you don’t have your own device, local photographers will offer their services.

Comments for the site Cackle
Thank you, your message was sent!
We will contact you shortly!
Excuse me. Your letter is not gone.
Contact us by phone in the header of the site.
The site does not work in this browser!
Download fast and convenient browser! Google Chrome