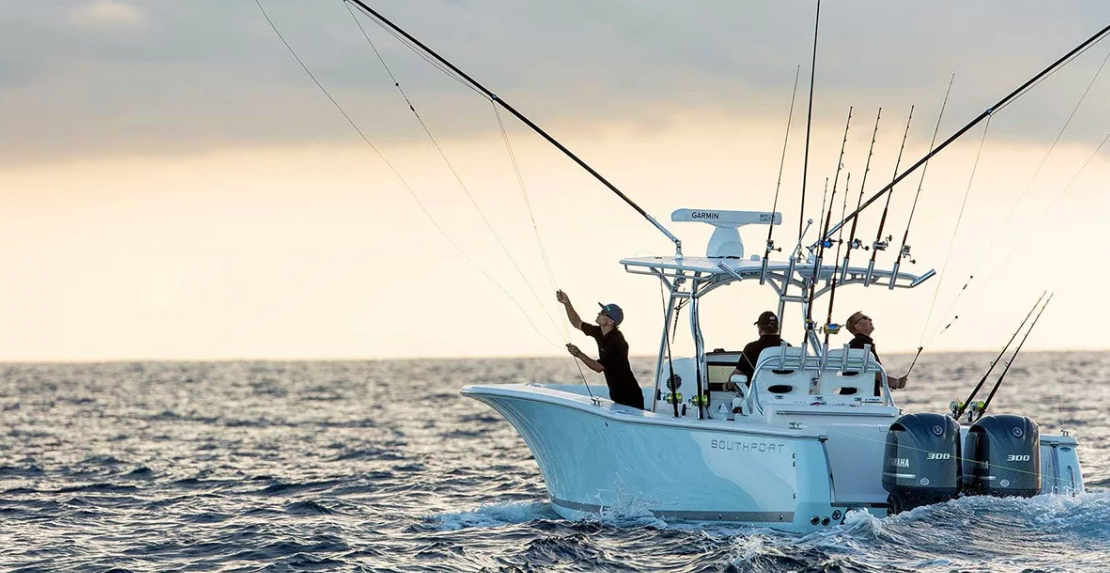 Attention!!!
The schedule of tour can be changed depending of weather and sea conditions. Main decision make a team on the boat. The trip on a speedboat extremely isn't recommended to pregnant women. Pregnant women can be refused take a trip by speedboat, without money refund.

It is particularly interesting to go on such trips with your own party. If you are traveling in the company of friends, we recommend that you rent the entire boat. The cost of a private rental is 15 - 40 thousand per day, depending on the boat. Choose the boat that appeals to your sense of taste here.

* Check transfer from your hotel

The fish that are caught are served either raw or roasted. 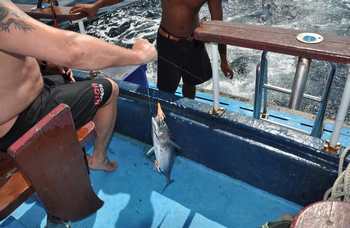 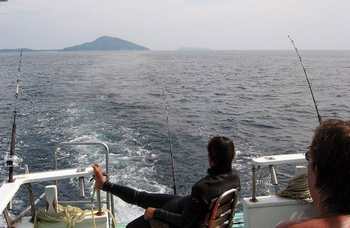 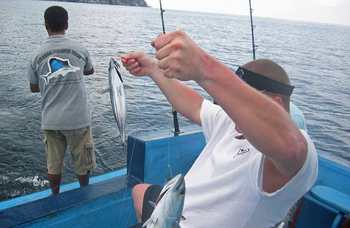 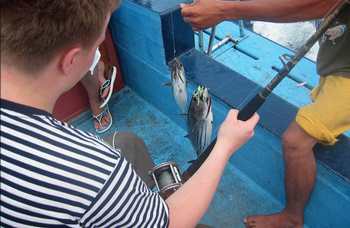 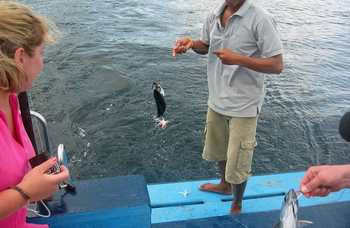 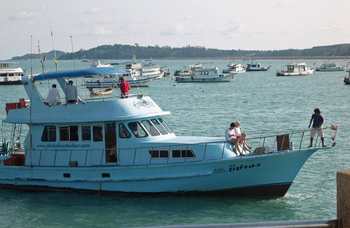 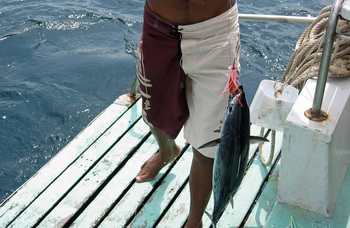 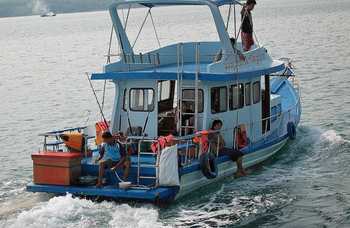 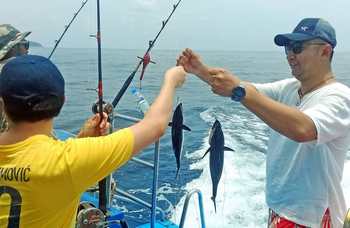 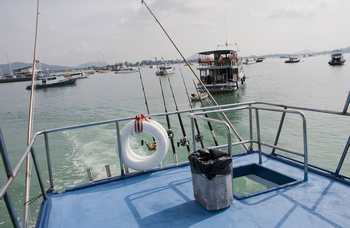 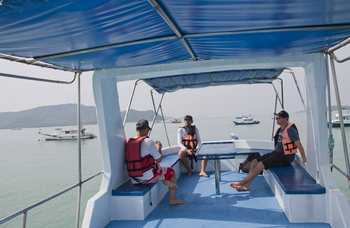 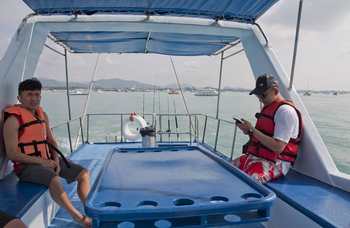 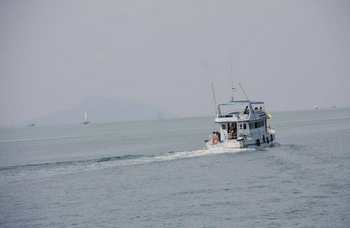 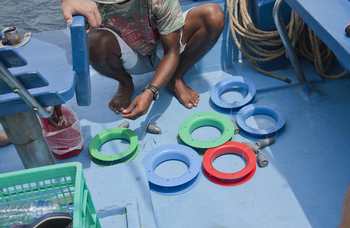 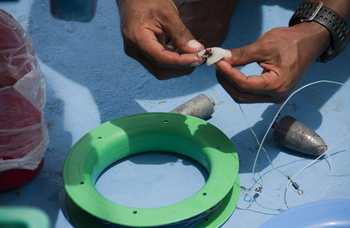 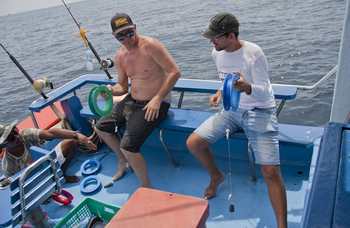 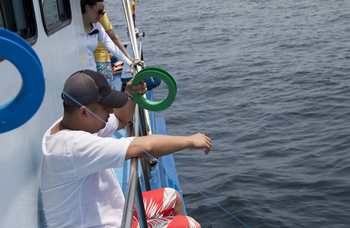 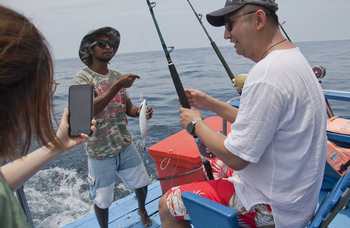 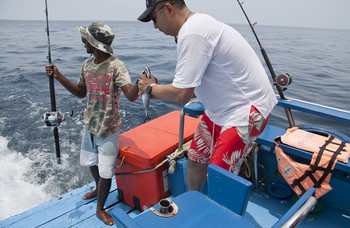 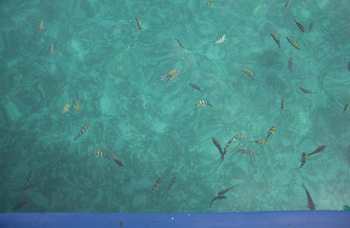 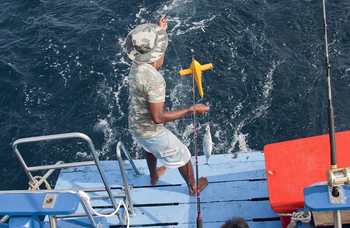 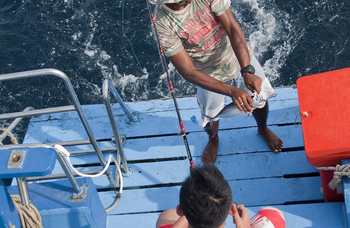 Ocean fishing off Phuket implies a cutter trip to Racha Yai Island or Racha Noi Island. Practically right after heading out to sea, Thais assisting the captain will deploy rigging and throw 4-6 fishing lines overboard while the boat is cruising along. This is called trolling. Which means you won’t have to do anything except relax, sunbathe and keep an eye on the fishing reels for when they begin snapping. This is a sure sign that something has been hooked. At that moment, the Thais will offer one of the excursion participants the chance to reel in the bounty. Each participant will get their turn in the fishing seat, which is equipped to pull in the biggest samples.

Generally, young tuna are found near Phuket. The luckiest ones can reel in marlin, sailfish, wahoo or dorado (which is called mahi-mahi here). Your catch will immediately end up on the table, raw with soy sauce or wasabi, or fried.

About midway through the excursion, a stop is made near an island so that all the fishermen can refresh themselves by swimming in the sea.

Comments for the site Cackle
Thank you, your message was sent!
We will contact you shortly!
Excuse me. Your letter is not gone.
Contact us by phone in the header of the site.
The site does not work in this browser!
Download fast and convenient browser! Google Chrome